Snow skiing and snowboarding are not only great fun but great exercise as well! Are you planning on partaking in some skiing or snowboarding this year?  If so, the physicians and staff at Resurgens Orthopaedics want you do be safe while you head down the slopes.  Here are some interesting statistics and injury prevention tips from our staff:

The US Consumer Products Safety Commission reported over 114,000 injuries associated with snow skiing and another 79,000 from snowboarding in 2014, the most recent year for which data was available.  While the number of snow skiing injuries was higher, the injury rate among snowboarders was significantly higher.  The most common injuries seen in winter sports enthusiasts are knee injuries, especially in the ACL.  In addition, shoulder and wrist injuries are often sustained during falls, as well as fractures in the arms, shoulders, and lower legs.  Head injuries like concussions are also frequently seen with falls, especially when the skier is not wearing a helmet. 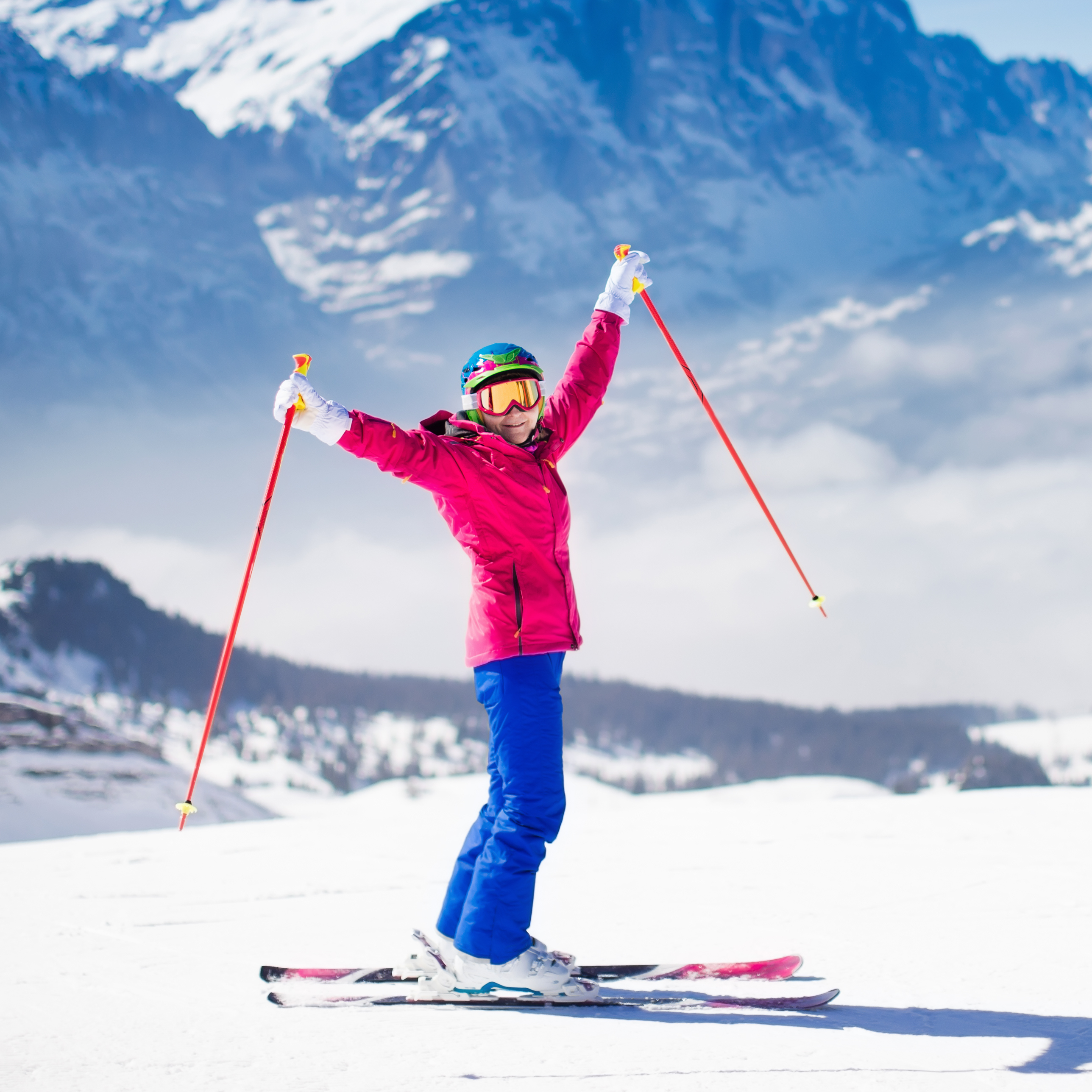 Get the Right Equipment

Before you decide to hit the slopes, be sure you have the right safety equipment.  We recommend wearing a helmet, no matter what your skill level, to help prevent serious head injuries.  In addition, it’s a good idea to get your skis or snowboard tuned up before you go out so you’ll have maximum control.

Stay in Shape in the Off-Season

Your equipment isn’t the only thing that needs maintenance; your body does as well.  It’s a good idea to speak to a doctor about a fitness routine that will keep your muscles, bones, and connective tissues strong throughout the warmer months so that they’ll be able to stand up to the punishment they’ll be getting when you go skiing or snowboarding.  Doing a warmup routine before you get on the mountain is also a good idea.

If you’re a novice skier, you might want to stay on the bunny slopes until you get your legs.  Even for more advanced skiers and snowboarders, a bit of caution is prudent, especially when tackling double black diamond runs, moguls, or terrain parks.

Skiers and snowboarders frequently become injured when they collide with trees, obstacles, and other skiers.  Any time you’re making a ski run, it’s important to be aware of your surroundings and the locations of other skiers.  If the slope is especially crowded, it’s probably a good idea to back off the speed until things become less congested.

We hope these tips will help you stay safe during your ski trips this winter.  Skiing and snowboarding injuries are serious business and can result in permanent health problems or even death.  While we want you to have a great time on the slopes, please remember to follow all safety precautions; after all, you won’t have much fun this winter if you’re laid up with an injury.