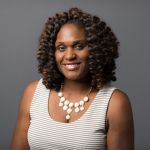 I was always on the heavier side as a child, and overweight as an adult. My attempts at losing weight included pills, shakes, and everything in between. These efforts always proved to be moderate, but ultimately temporary; I would lose a few pounds, only to regain them once I returned to my old eating habits. After having my second child, I lost some of the pregnancy weight initially, but ultimately regained it resulting in me weighing my heaviest outside of pregnancy at 240 pounds in the summer of 2016 --my youngest child was almost four years old.

I developed several obesity- related problems including sleep-apnea, poorly controlled hypertension, and increased back and knee pain. I was on three anti-hypertensive medications that were barely controlling my blood pressure and had begun using a CPAP machine at night due to sleep apnea. At this point, I knew it was time for a change as I could have been moments away from a stroke, heart attack, or even death.

I decided to finally take control of my life and began adapting lifestyle changes that involved conquering poor eating habits and incorporating a more regular and intensive exercise program. I began monitoring my portions and limiting and eliminating certain foods in my diet. After realizing consistency was key, the pounds slowly but steadily began to drop. It has been almost 3 years since I committed to making a change and have managed to lose and keep off over 50 pounds. Even more importantly, my blood pressure is controlled, I no longer suffer from sleep apnea, and my back and knee pain have subsided.

Obesity is a major public health concern carrying a risk of developing significant health problems including disabling musculoskeletal conditions. The chronic pain and disability associated with musculoskeletal conditions adversely affects quality of life and can often result in a sedentary lifestyle associated with multiple comorbidities including hypertension, hyperlipidemia, diabetes and cardiovascular disease. Obesity has particularly overwhelming effects on women's health with obese women being increasingly susceptible to also developing other chronic conditions such as polycystic ovarian disease, breast and endometrial cancers (1).

Studies have shown that obesity is an independent risk factor to the development and progression of knee osteoarthritis and has long-term detrimental effects on the knee joint (2). Alternatively, normal weight is associated with decreased incidence and progression of osteoarthritis. While the association between obesity and lower back pain is less concrete, studies have shown that compared with non-obese patients, obese patients were more likely to have radicular pain (sciatica) and neurologic signs (2). Not only was obesity found to be a significant, independent determinant of chronic low back pain, but one study showed that weight loss significantly improved the degree of functional disability due to less frequent and less severe lower back pain (2).

It is not always easy. I do not choose the best food options 100% of the time and some weeks I do not work out as much as I feel I should, but I have learned during this journey that if you are consistent with your nutrition and exercise at least 80% of the time and commit to a healthy lifestyle change, you can successfully reach and maintain your fitness goals.