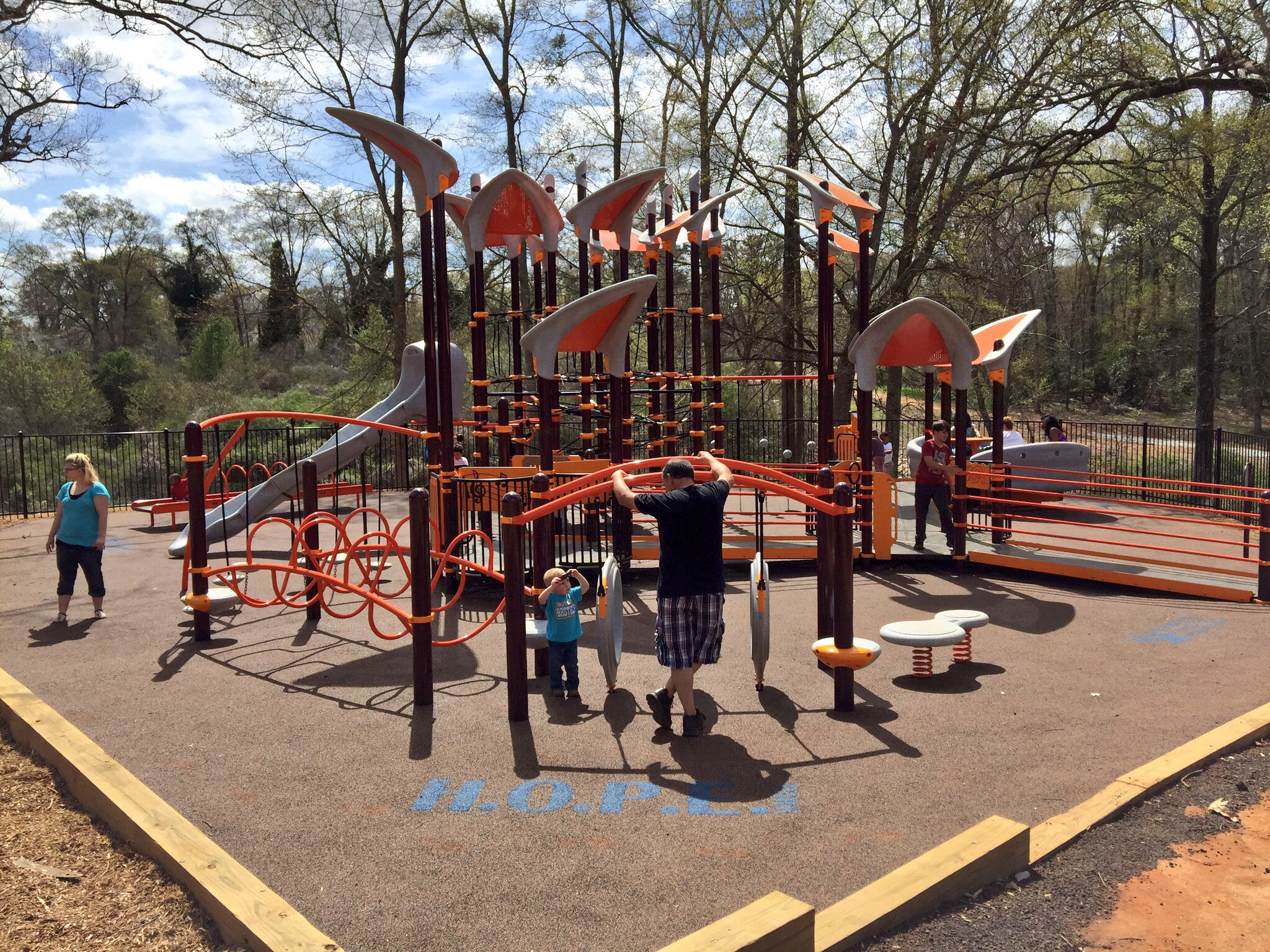 Lindsey White, a mother of an 8-year-old with autism, says her son can finally play with his big sister without having to worry about getting hurt. "Normally when we go to the park, it's kind of difficult for us," says White. "Now that this park is built, everything is all accessible for him and the two of them can play together."

"This is what we're all about. Caring for others is a measure of greatness and I saw that here today," says Mayor Billy Copeland of McDonough. “This addition is of monumental importance, signifying the strong desire within our community to ensure that children and those with special needs have a safe and comfortable place to enjoy playing and spending time with family and friends. We too, will forever be indebted to the board of trustees and board of directors for Our World at HOPE Park, as well as the Resurgens Charitable Foundation. Never in my lifetime have I seen such intent funding for a project actually come together in such a short span of time.”

Lori Harris, executive director of HOPE Park: "It creates friendships. It gives them the chance to see that these other children are just human too. They're just like them, they just have a disability."

Kathy Scott of Resurgens Charitable Foundation said the new park supports the foundation’s mission to support active lifestyles for people of all ages and all abilities. “This playground does exactly that. It provides the opportunities for children and adults with special needs the ability to play alongside their family and friends,” said Scott.

The McDonough playground is the 30th “all abilities” playground funded by Resurgens Charitable Foundation in the metro area since its inception in 2001. All-abilities playgrounds include special playscapes and structures where all children, regardless of their abilities, can play together.

The Foundation has funded construction of at least one all-abilities playground each year since 2001, sponsored programs to provide bicycle helmets for children, and promoted campaigns to prevent repetitive use injuries among young baseball players.

The mission of Resurgens Charitable Foundation is to promote active lifestyles for people of all ages and abilities. It was formed in 2001 with a fund raising effort in response to the terrorist attacks on September 11th. Since then, it has evolved to focus on youth health and fitness, and raising funds to build specially designed “all-abilities” playgrounds for children in the metropolitan Atlanta area. A major goal of the Foundation is to support construction of at least one of these playgrounds a year.