­­Adriana is one of our most active patients; at age 64 she loves open-water long-distance swimming, competing in global triathlons, and teaching Pilates and water-aerobics in Metro-Atlanta.

While competing in the 2013 World Triathlon Championships in London Adriana crashed while cycling and broke her collarbone.  Upon her return to the States, she saw Dr. Fogle who helped her get back to competing without surgery.

In July of 2016 her shoulder developed shoulder impingement syndrome, a very painful condition caused by inflammation from repetitive shoulder activities . The pain was so severe she couldn’t lift her arm for everyday tasks, let alone swim, train, or teach Pilates.

“As an athlete when you can’t do what you want to do, you feel something is missing. It’s depressing.”

After 6 months of pain and trying different treatments with no improvement she returned to Dr. Fogle who recommended dry needling, a non-surgical intervention procedure. She began her treatments with Brad Dale, an expert Resurgens Orthopaedics Physical Therapist who is certified in dry needling.

After the 1st session Adriana’s shoulder actually felt worse but when she received her follow-up call the next day, she was reassured this was a normal part of the process. After the 2nd session she began to feel improvement and at the conclusion of her 10 treatments she was back to doing what she loved.

After 6 months of pain and trying different treatments with no improvement she returned to Dr. Fogle who recommended dry needling, a non-surgical intervention procedure...which finally got her back to doing what she loved! 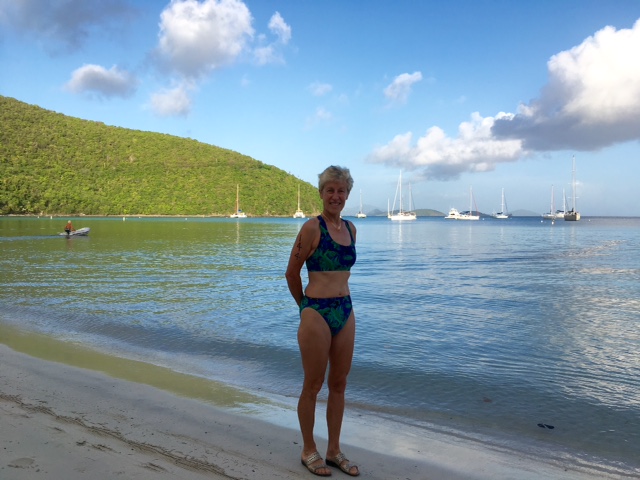 Since her recovery Adriana has competed in two events including a triathlon where she finished first in her age group and would have placed in several younger age groups as well!

When Adriana talks about her Physical Therapist, Brad, a giant smile appears;

“He just cured me! I am so thankful for the care! He found a solution; impingement syndrome can mean a lot of different things and to figure out exactly what to do, I needed someone like Brad.”

Prior to her treatment, Adriana experienced pain each time she reached across the other side of her car to get her bag. During her recovery, there was a moment when she reached out and realized it didn’t hurt. That was the moment Adriana knew; “Things are better again!”

Adriana has advice for anyone suffering from constant life-limiting pain: “Never give up! No matter your age or what your problem is; always look for solutions. There’s always a time when it gets so bad and you get so frustrated and so discouraged you want to give up, but no, never give up!”