You could say playing competitive tennis is a big part of Regina Lovell’s life.

“Right now, tennis takes about 80% of my time,” she says, laughing.

In fact, as a veteran of numerous ALTA, T2 Tennis, and USTA events, Regina has proven to be quite the competitor.  Not only did she rack up wins, she also made social connections on the tennis court, collecting plenty of friends along the way.

“I like the physical part, I like competing, and I like being around other people with the same interests, as far as the sport, and just getting out and getting some sunshine.”

With tennis being so important to her, she was understandably devastated when she broke her ankle on Easter Sunday in 2011.  The worst part?  It wasn’t a tennis injury that sent her to the emergency room; but rather a freak accident.  While dodging out of the way of a rambunctious youngster at a friend’s house, the heel of her shoe became stuck in a crack in the sidewalk.  She lost her balance, falling backwards.  It was then that Regina heard a cracking noise.

“I thought it was the heel of my shoe breaking,” she recalls.

In reality, it wasn’t her shoe that broke; it was her ankle, in two places.  Doctors initially thought she would be able to walk with a boot-style cast but due to the complex nature of her ankle fracture, they quickly realized she would need complicated surgery.  That’s when her doctors referred her to Resurgens Orthopaedics.

Less than two weeks later, Resurgens Orthopaedics surgeon Thomas McQuail, M.D. skillfully repaired Regina’s ankle, inserting two metal plates and eight pins to stabilize the joint.  While her surgery was a resounding success, her fight to get back on the tennis court was just beginning.

With tennis being so important to her, she was understandably devastated when she broke her ankle. But a successful surgery and dedication to her physical therapy has Regina back on the court she loves!

“I was in a wheelchair; I did not walk for months.  In July I started doing physical therapy three times a week.”

At first, she was skeptical about whether she would be able to complete her physical therapy regimen.  Indeed, it was a painful and difficult process for her but she credits support from her family and her faith in God as major factors in giving her the strength to push through the pain, as well as the encouraging words of her Resurgens Orthopaedics Physical Therapist, Brad Dale.

“Brad was so nice; he looked at me and asked what I was worried about.  I told him my ankle hadn’t moved since the injury,” she says, “He told me I was going to be fine.  When he started working with me and my ankle started moving again, the tears just started rolling down my face.  That’s how we became friends.”

After about four months of physical therapy, Regina was pleased to be able to walk again, although she wouldn’t make her return to the tennis court for another five years.  She says she saw this time off as an opportunity to study, which she did by watching tennis matches and instructional videos to improve her mental game.  In 2016, when she finally felt strong enough to start playing tennis again, she didn’t hesitate to jump back into the heat of competition.  While Regina says she’s still working to get back to the level she was at before her accident, it seems her game is stronger than ever.  She and her team even made it to the Championship Round in both ALTA and T2 Tennis doubles competitions. 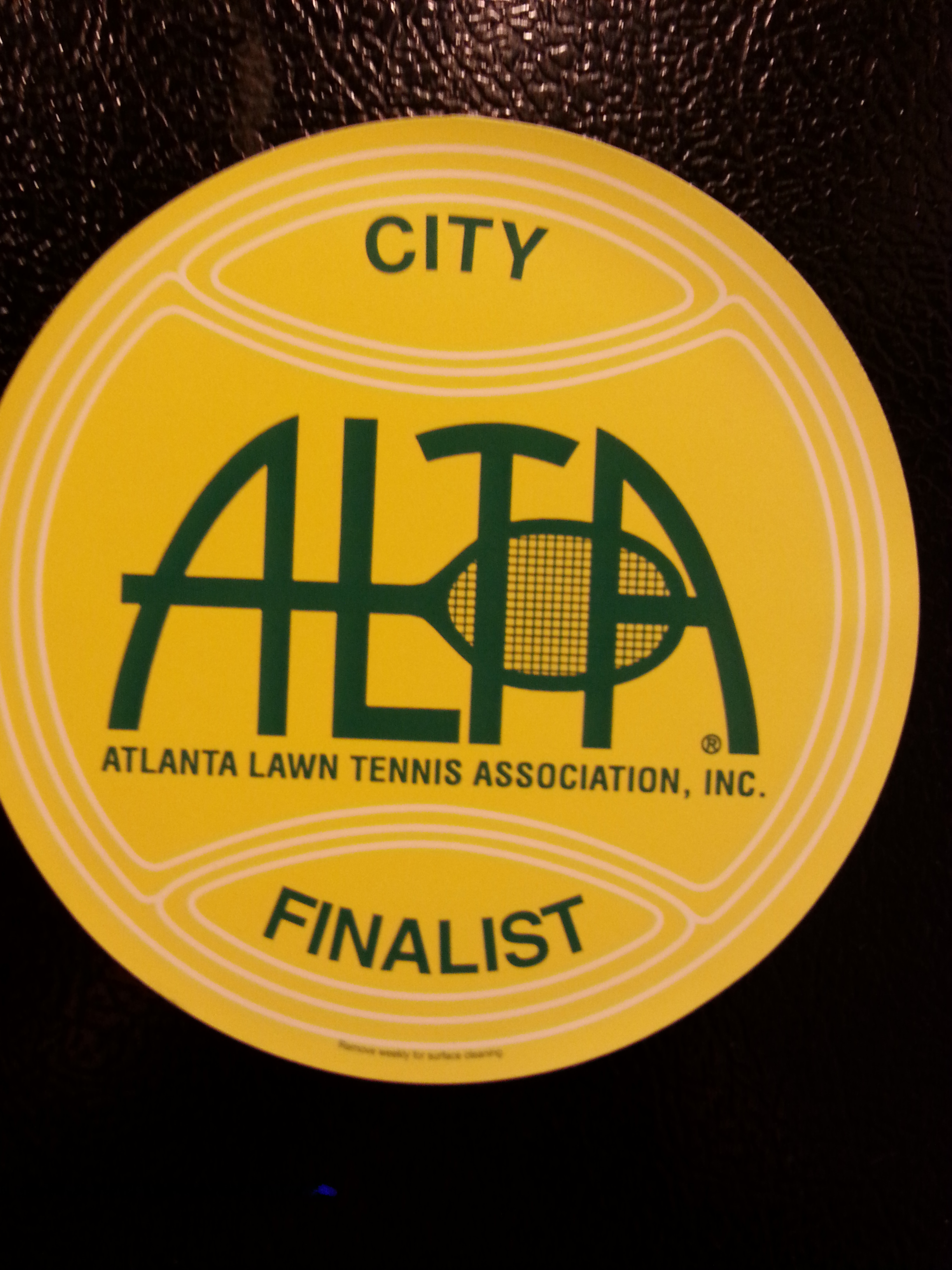 Overall, Regina has nothing but compliments for the staff at Resurgens Orthopaedics, saying, “I would definitely recommend Resurgens! The staff members are dedicated, they have very encouraging words, and I just think that they love what they’re doing.  I feel like if they can put me back together, they can put anybody back together.”

As for Regina’s physical therapist, Brad Dale, she says they remain friends to this day.  Brad even took some of his own time one Saturday to challenge Regina to a tennis match.  While she’s keeping quiet about who won that match, she says, “I gave Brad a run for his money.”

At Resurgens Orthopaedics, we love hearing from former patients.  We’re so happy to have helped Regina Lovell get back to the sport she loves and we encourage her to reach for more, both on and off the tennis court.  Good luck in your next competition, Regina!