Shortly after becoming a new father Ryan began experiencing back pain that radiated down his leg. The back pain became more intense with time and eventually consumed almost every moment of his life. He couldn’t stand or sit without pain, his only relief came when lying on the floor.

Ryan couldn’t help his spouse with the tasks of caring for a newborn or build a father/son connection because picking up or holding his child caused excruciating pain. He wasn’t able to do any of the things he enjoyed, especially physical activities like running and exercising, and as a result he gained 25 pounds.  As a high school basketball coach, he had to take pain pills just to get through the games and would lie down on the bus floor during the ride home.

“I couldn’t do anything; I had no quality of life. This was the worst stretch of my life.”

After seeking out alternative treatments including “spending thousands of dollars on a chiropractor with no improvement”, Ryan visited Resurgens Orthopaedics. The on-site MRI showed a herniated disc between the L4 and L5 vertebrae.

Ryan was treated by Dr. Bennett Grimm and from their first encounter, Dr. Grimm immediately put him at ease.   “He related to me and my family and the life I was trying to get back to. Dr. Grimm said he’d get that pain out of my body. He gave me confidence and I was drawn to his confidence.”

Dr. Grimm concluded the correct course of treatment was a micro-discectomy. The day of the surgery Ryan was nervous but also excited with the hope of getting his life back. “Dr. Grimm took the time before the surgery to visit and reassure me and my wife.” The routine surgery was a success. When Ryan woke up he was pain free and was discharged the same day. “I walked out with no pain.”

Ryan had only held his infant son a few times since the pain began soon after he was born, but ten days post-surgery he was finally able to hold his son again.  That was the moment Ryan felt: “I got to be a dad again.”

Two weeks later Ryan was back at his job coaching basketball and teaching; four weeks later he was back to running and doing the physical activities he loved.

Since the surgery, Ryan has finished his doctorate in administration, runs 10k races and has completely returned to his normal life. Ryan proudly sums up his Resurgens experience with this: “Dr. Grimm is my hero!” 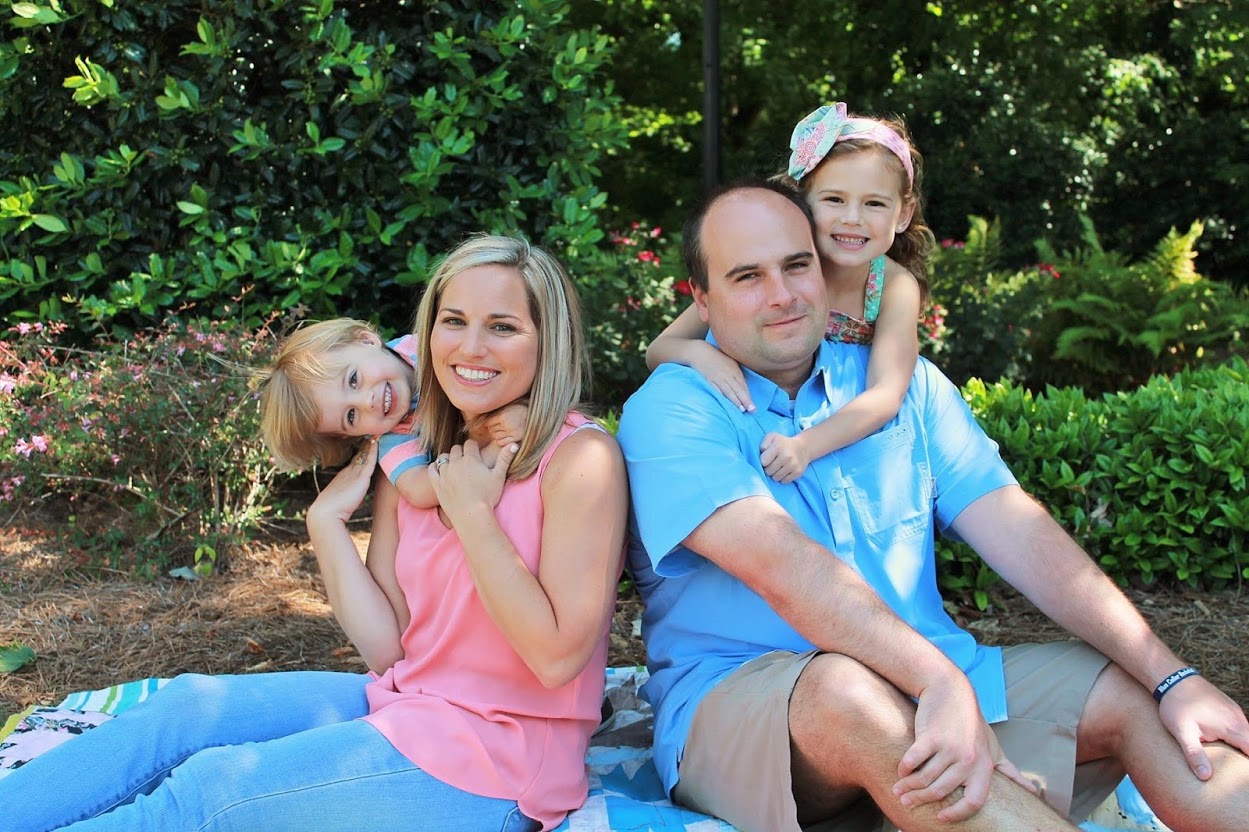