The rock and roll lifestyle is one many people aspire to live, but for Atlanta-area drummer James Lamar, it was the only life he ever knew since he was a child.  When a neck injury threatened his ability to play the music he loves, he refused to take it sitting down.  He decided to take action, and the talented staff at Resurgens Orthopaedics had him back and rocking out in no time.

As the child of a musical family, perhaps James was destined to become a drummer.  After all, his father was a guitarist who hoped to pass his love of music on to his children.  He even bought a drum set for James’s older brothers to play; unfortunately, they didn’t show much interest and the set was temporarily abandoned.  One day while he was listening to one of his favorite recordings, he got the surprise of his lifetime when his four-year-old son James climbed up onto the drum set and began playing along, keeping perfect time.

“Dad and one of my older brothers… [their] mouths just dropped!” says James of that fateful day, “It was just out of nowhere; it was something I just had a natural-born ability to do.”

James spent his childhood developing his musical talent, playing in the marching band during middle school and high school.  By the time he reached college, he was drumming at a very high level, and his peers took notice.  He and his friends formed a band in the late 90s, performing mostly original songs in the grunge/alt-rock style that was popular at the time (although James says his favorite style is heavy metal).  The band stayed together for about six years, playing the college party circuit and earning enough to make it their living. 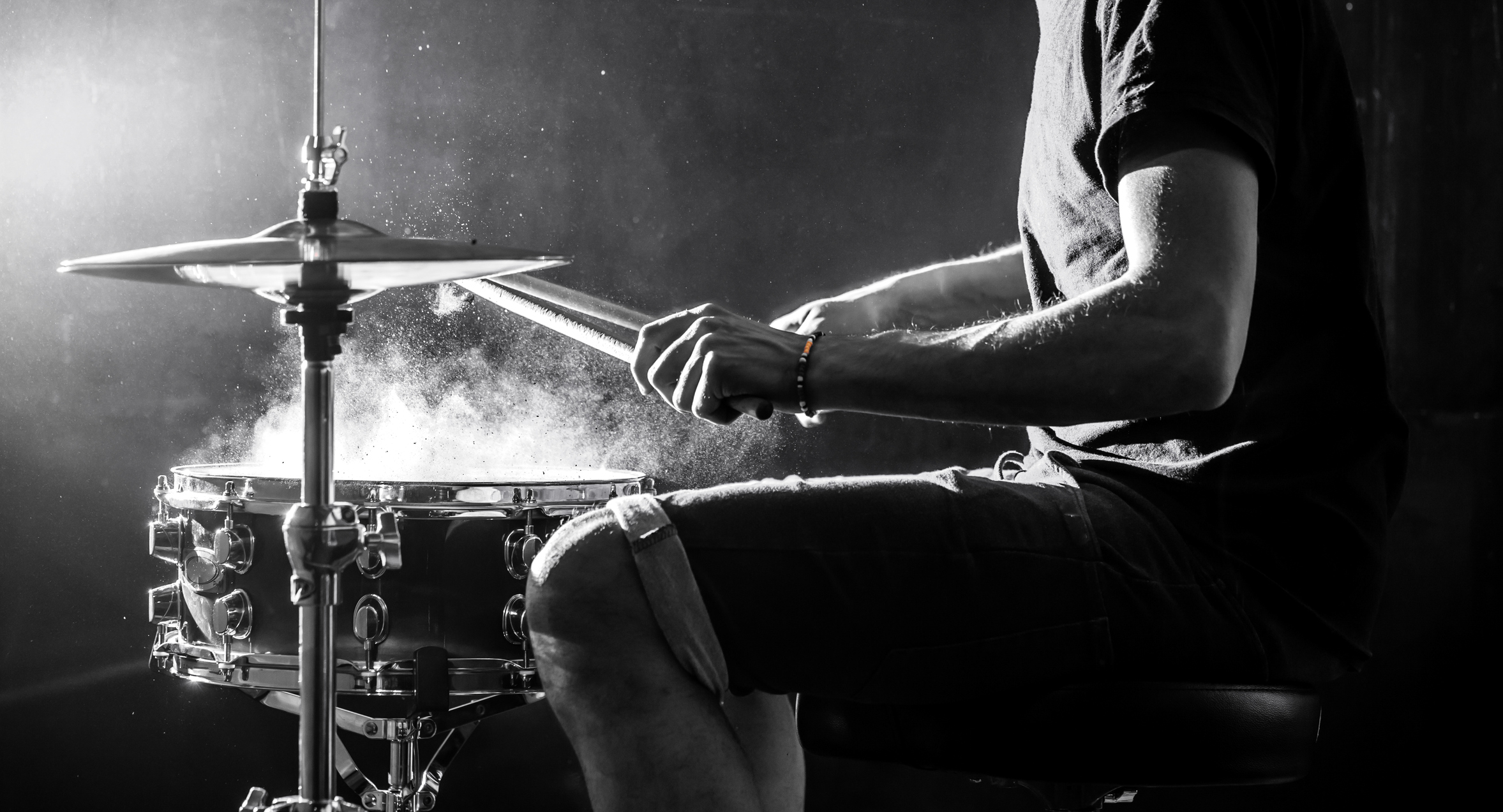 Unfortunately for James, all those years of head-banging caught up with him and in his late 30s, he began to experience severe pain in his neck and arm.  Initially, he thought he had developed carpal tunnel syndrome (a common ailment among drummers) but his doctor was unable to confirm this diagnosis.  Although his neck pain was causing him problems both with his drumming and in his day job as a flight attendant, James and his doctors were unable to place the specific problem; that is, until his wife convinced him to get a second opinion at Resurgens Orthopaedics.

“My wife called Resurgens… they got me in [for an appointment] the same day, examined me, and within two days they had me in for a specialized CT scan.”

Resurgens Orthopaedics’ Dr. Maurice Goins conducted that scan and quickly identified the problem: a herniated disc between James’s C5 and C6 vertebrae.  The ruptured disc caused the vertebrae to pinch a nerve, causing both his neck pain and the pain, numbness, and loss of strength James had been experiencing in his arm.  Dr. Goins recommended replacing the damaged disc with a Mobi-C artificial disc made of titanium and advanced polymers.

Dr. Goins said: “After meeting with James I found him to be a very active person who was passionate about his music.   I felt he would be a great candidate for a minimally invasive surgery called a cervical disc replacement. It is a procedure that I have performed for years and it would get rid of his pinched nerve in his neck.”

When a neck injury threatened his ability to play the music he loves, he refused to take it sitting down. He decided to take action, and the talented staff at Resurgens Orthopaedics had him back and rocking out in no time.

After doing some research, James found his injury was a common one among heavy metal musicians; he was shocked to learn that many of his rock idols had undergone the same procedure, including Metallica’s James Hetfield.  If this operation could help the lead singer of his favorite band get back on stage, he figured it could work for him as well.  After trying non-surgical options like physical therapy and cortisone injections, James realized replacing the disc was his only option.

On August 22nd, 2017, James had his surgery and felt immediate relief upon waking up.

“The instant I woke up in recovery, I felt a million times better,” he says.

Not only did Dr. Goins skillfully replace James’s ruptured disc, he did so with minimal scarring.  James reports that the scar from his disc replacement is barely one inch long and hardly noticeable.

“I felt like I was having cutting-edge surgery yet it was all done in an outpatient setting; I actually went home the same day,” he says.

James got back to drumming but started slow at first, playing a song or two until he couldn’t play anymore.  Over time, he increased his workload, playing longer and playing more technical songs.  Within two months, he was playing full sets again, just like he did with his band back in his college days.

Now he hopes to form a new band and play at some of the local venues here in Georgia.

“[Drumming has] always been at the forefront of my life; it’s what I do for my stress relief.  It’s what I do to express myself… that’s how I get a lot of my inside demons out.”

James, all of us at Resurgens Orthopaedics truly appreciate your dedication to the art of drumming and we’re so glad we could get you back to rocking out once again.  We wish you luck finding your new band and we encourage you to continue striving to be the best, whether it’s up on stage or in your daily life.